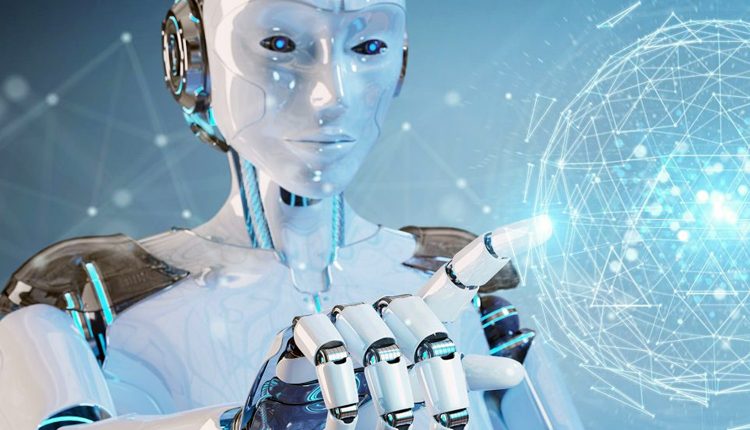 Starting from hiring and skill upgradation to creating new job opportunities, there will be a paradigm shift in workplaces in the years to come. It is important to bear in mind that robotics, artificial intelligence, automation and IoT are becoming more prominent in every aspect of our personal lives. Quite obviously, these technological advances have not gone unnoticed, and the impact of automation is increasing at an alarming pace in the workplace.

What can be the ramifications of such developments? Will there be more chatbots and virtual assistants in the years to come? Over a period of time, developments point toward the affirmative, with the World Economic Forum (WEF), in a report, predicting that machines will handle half of all tasks by 2025.

Organisations are already leveraging automation to improve the efficiency of repetitive manual tasks such as data entry and collation. However, this capability is, in effect, a double-edged sword. On the one hand, it minimises human intervention, providing the professionals with an opportunity to focus on more creative work. However, on the flip side, automation of a task can replace its human operator completely. In the above mentioned report, WEF also states that while the robot revolution will create 97 million jobs worldwide, it may also be responsible for eliminating just as many low-skill, low-value jobs.

The emerging situation puts immense pressure on the skills landscape. The rapidity of tech innovations and the rate at which professionals upgrade their skillsets are already causing the skill-gap to become more expansive. Moreover, with the viral outbreak further accelerating the digital transformation within the global business ecosystem, the rate at which existing job roles and skillsets are becoming obsolete has also increased.

Hence, it has become important that organisations find ways to bridge the skill-gap to stay ahead of the curve. Companies can achieve this by either hiring the right human resource with the right skills; or helping their existing employees stay relevant by training them.

The incremental integration of robots with human resource in the workplace has begun, transforming the nature of roles and functions in its wake. The report predicts an estimated 65 per cent of children entering primary school today will ultimately work in entirely new jobs that don’t yet exist. So, as automation has started driving significant changes in the workplaces, employers have also realised the need to create a system capable of supporting interaction between humans and robots.

Hence, it is imperative that HR professionals should identify skill gaps and create an atmosphere of continuous learning and development for all the employees, from the boardroom to the lowest rung. This effectively means that organisations will have to take a holistic approach towards reskilling and upskilling employees by training the workforce with continuously evolving technologies.

There is another bitter truth that HR departments need to focus in light of the ongoing ‘robot revolution’. HR teams will have to figure out which tasks can be automated and how to manage the ramifications while upskilling talent to develop new competencies as specific job roles continue to become obsolete.

Moreover, there is a phenomenal increase in the research and development by organisations and academia in the field of robotics. There are reports that say that robots are expected to displace 20 million human workers worldwide by the year 2030.

Following are some of the robots already in use:

South Korean company, Samsung, launched this small rolling robot assistant that is intended to assist the users around the house at CES 2020. It is designed to comprehend, support and react to the user’s needs around the residence. Sources said that Ballie includes on-device AI capabilities that enable it to be a fitness assistant and a mobile interface that seeks solutions for people’s changing needs.

Manufacturing country: China | Creator: PuduTech
This Chinese robot was unveiled during the CES 2020. BellaBot is a cat-faced full-dimensional sensory delivery robot developed by PuduTech. The machine is equipped with multi-modal interaction and helps in making food delivery more friendly in manner. It has been developed using Pudu Slam – a multi-sensor fusion SLAM algorithm independently developed by Pudu. The mechanism adopts a combination of various sensors such as vision camera, lidar, IMU, encoder, an RGB-D depth camera and ultrasonic radar.

Manufacturing country: India | Creator: Invento Robotics
Manufactured by Invento Robotics, C-Astra is a smart LiDAR robot that complements the doctors in screening patients as well as disinfecting areas. It is a semi-automatic robot that is also being used to fight coronavirus. It used UVC light to disinfect buildings and thermal cameras to record the temperature of the human body.

Manufacturing country: India | Creator: Parel Workshop
Created by the Parel Workshop of Central Railways of India, Jivaka, is a remote-controlled rover that works as a virtual healthcare worker. This medical-bot performs several activities related to ae patient’s care, such as measuring blood pressure, oxygen saturation level, the temperature of the body, among others.

Manufacturing country: India | Creator: Indian Space Research Organisation
The Indian space agency, Indian Space Research Organisation, unveiled Vyommitra in 2020, which is a female humanoid robot. It is designed to perform multitasking and is equipped to fly in the first unmanned flight as part of the first manned spaceflight programme (Gaganyaan) of India, which is scheduled for later this year. Further, the robot can also speak two languages and mimic human activities like switch-panel operations and more.

Manufacturing country: USA  | Creator: Hello Robot
US-based Hello Robot created the Stretch RE1. It is a lightweight and low-cost mobile robot, equipped with a telescoping arm. The robot is designed for researchers developing robotic applications to help people at residences as well as workplaces. The developers designed this robot for autonomous operations, and it interacts with people by using a low mass, contact-sensitive body. It comprises a gripper, a computer, sensors and software including Python interfaces and ROS integration.