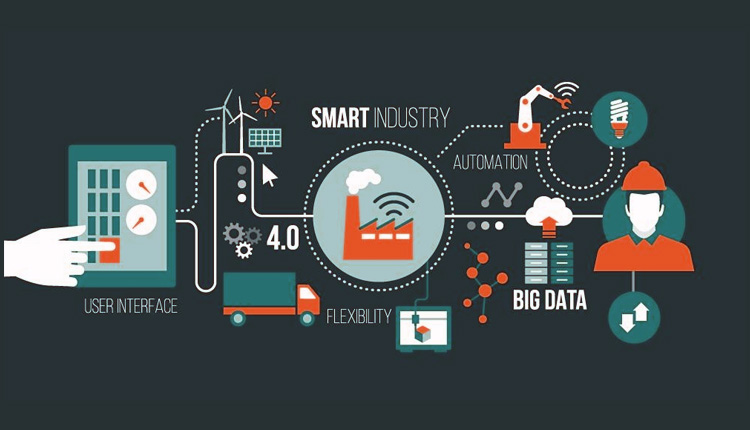 The commonly used term, Industry 4.0, refers to the fourth industrial revolution based on cyber-physical systems, Internet of Things, machine-to-machine communication, big data and analytics, augmented reality, block-chain, and smart manufacturing. Industry 4.0 is a fundamental shift from ‘centralised’ to ‘decentralised’ manufacturing, focussing on highly specialised-and, at times, customisation and low-volume production involving rapid prototyping. And just like the previous three industrial revolutions, this too would be closely linked with energy.

As Industry 4.0 takes the centre stage in most economies, policy analysts have continued to observe the fate of developing economies and have sought to provide answers to such question as: what will be the role of electricity in this revolution? To what extent will electricity be needed for this revolution to take place? Will this revolution totally replace electricity energy? These questions continue to beg answers among researchers and the academia.

The usage of energy is a close indicator of industrial activity and a significant index of standard of living. In the developing countries, no activity is more basic to the fuller utilisation of their resources than the development of the energy industries.

In order to survive in this competitive market, utilities need to provide uninterrupted power supply with efficient load distribution and minimum downtime and timely maintenance.

As a result, technology innovations such as machine learning algorithms and artificial intelligence are entering the power distribution business at a drastic speed. Among other innovations, battery storage and Internet of Things are showing the promise of transforming the power business in the very near future.

Manufacturers are humongous users of electricity. When they become more sustainable, they make great contributions to a cleaner planet. Additionally, the public also benefits from the drop in electricity prices. At present, very few manufacturers can provide data on their overall energy efficiency.

With digital technologies, they can measure the gains when they introduce new robot systems, and the public can get factual insights into the entire production process. 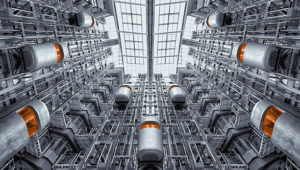 As per data from the International Energy Agency, the industrial sector accounted for 42 per cent of the world electricity consumption in 2015.

Immediate reaction to changes post incorporating Industry 4.0 in the power sector in energy quality is a good example of how manufacturers can enhance their energy efficiency. Sensors that detect voltage imbalances and trigger changes in the system will prevent damage to the equipment.

Despite the fact that Industry 4.0 has become the buzzword of late, however, it was way back in 2011 that the German federal government announced ‘Industrie 4.0’ as one of the key initiatives under its High-Tech Strategy 2020.

Post the muted success of the Ujjwal Discom Assurance Yojana (UDAY), the Government of India’s (GoI) big investment support plans for the distribution sector, worth INR 2.5 lakh crore, has not taken off due to the tight fiscal condition existing in the country over the past couple of years. This investment support plan has the potential for transforming utility operations by focusing around smart meters, enterprise resource planning, billing and collection systems, etc.

Another area of the power sector that Industry 4.0 has impacted is the Cross-border Electricity Trade (CBET) . In South Asia CBET is gradually moving from inter-governmental agreement-based trades to market-/commercial-based trading, with both long-term and short-term trades taking place among Bangladesh, Bhutan, India, and Nepal.

The CBET policies and regulations developed in India have created an enabling environment for growth of CBET in the region. At present, several international development agencies are supporting investments in power generation and transmission assets linked to CBET.

Furthermore, the policy and regulatory frameworks and institutions in the neighbouring countries are maturing and such developments are expected to enhance CBET in the region. There have been some positive steps in power trade deals between Nepal and Bhutan with Bangladesh via India, which would set the tone for trilateral trade in this region.

Industry 4.0, along with voluntary commitments from the private sector on platforms such as the Science-Based Targets Initiative and EP100, is expected to drive the agenda in the industrial sector, apart from regulatory frameworks such as perform, achieve and trade. Smart appliances and demand response through grid interactive equipment are the opportunities for domestic industries, buildings, and municipal sectors.

The United Nations Industrial Development Organisation (UNIDO) issued a report in 2017: Accelerating Clean Energy through Industry 4.0. The report stated that from that point of view, it’s clear that we had a long way to go. By 2014, 78 per cent of the entire energy consumption of the planet was driven by fossil fuels. But the growth rates are significant, especially for solar photovoltaics, which achieved a growth rate of 46.2 per cent since 1990.

By integrating Industry 4.0 in the sustainable energy industry, we achieve smart energy networks that avoid the development of new path dependency. The technology will enable decentralisation, with energy coming from local solar photovoltaic or wind farms. This, in turn, means that the users will be able to manage and control their energy use.

Built with the help of Industry 4.0 a virtual power plant connects medium-scale, decentralised units that produce power. These can be flexible power consumers and storage systems, as well as solar parks, wind farms, and CHP units. Tesla’s virtual power plant in South Australia is a nice example of theory that works in practice. 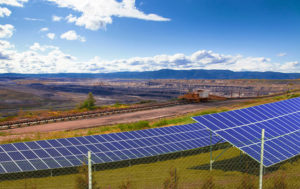 This type of system works through a cloud-based centre, which controls IoT devices in the units. Peter Asmus, an expert on new energy models, identified the combination of VPPs and transactive energy as a compelling vision of the future.

A very handy example of the role of Industry 4.0 in the power industry is the SIDRIVE IQ, digital drive system by Siemens, which makes the production process more sustainable, but more intelligent at the same time.

Manufacturers get relevant data from all motors and converters, so they can evaluate their efficiency. The device delivers cloud-based data analytics, which enables the manufacturer to identify and improve affected drive system performance. Data about the machine vibration degree, for example, helps the engineers detect flaws in the systems.