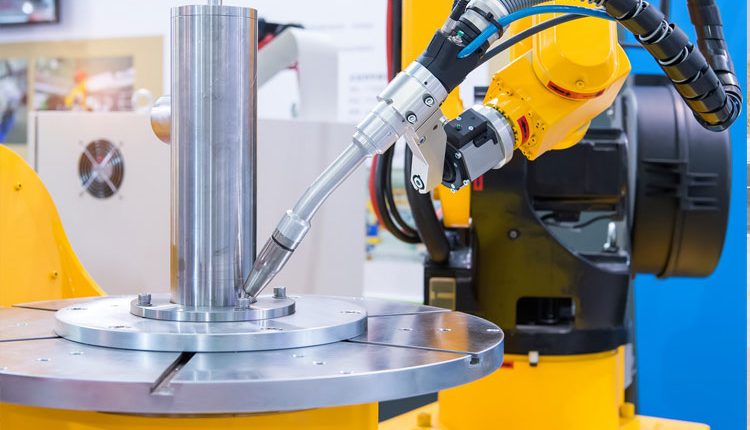 Ask manufacturers why we are witnessing an increasing uptake of robotics in manufacturing and you can expect to hear arguments about cost savings, worker shortages, and the improved usability of the latest technology. However, the sustainability benefits of robots are also becoming increasingly clear. Here, John Young, APAC sales manager at automation parts supplier EU Automation, outlines how robots are contributing to a more sustainable manufacturing sector.

The world emits around 50 billion tonnes of greenhouse gases (GHGs) every year. Unsurprisingly, the manufacturing sector is one of the leading producers of GHGs. According to Our World In Data, energy use accounts for 73.2 percent of all global emissions and within that figure, ‘energy use in industry’ makes up 24.2 percent.

Having robots take over a production line, or replacing a production line with automated robotic cells, provides a solution to this problem. In comparison to humans, robots do not require as much energy to operate. In fact, greater automation entails a disproportionately large improvement in energy efficiency.

Robots can operate without extensive lighting or heating, ensuring substantial energy savings. Additionally, as robots do not need to commute to work there is also an indirect benefit in reduced transport emissions.

In addition to enhancing energy efficiency, improvements in robotics and artificial intelligence are enabling robots to provide a helping hand in recycling. One example is the deployment of robots to sort and pick through recyclable objects. This is the case at Apple, where they are used to pick out pieces from discarded iPhones for their repurposing in other products.

By completing tasks with greater precision than humans, robots can also ensure less materials are wasted in manufacturing processes. For example, employing a robot to paint the body parts of a car will guarantee an identical and optimal quantity of paint is used for every car. When manufacturing at scale, the reduction in wasted paint is significant.

Equally, robots make less mistakes than humans. The repeatability and consistency they offer reduces the quantity of defects. This ensures less waste during the manufacturing processes, but also means the end-product itself lasts longer.

Robots themselves are also built to last. Take the FANUC Arcmate 120ib for example. This is an older robot model that is still widely used on production floors today. By pairing with a reliable automation parts supplier like EU Automation, manufacturers can enjoy the full benefits of the improved longevity of robots and reduce the waste produced from discarded manufacturing equipment.

Different types of manufacturing facilities are emerging, enabled by the latest gains in automation technology. For example, while Tesla’s ginormous giga factories catch many global headlines, there are plenty of manufacturers looking to benefit from smaller footprints by taking advantage of greater automation.

Robots are becoming more versatile. This means they can be deployed to multiple applications, unliked traditional fixed machines. This reduces the amount of equipment needed and the floorspace required. Taken to its logical extreme, this development facilitates the emergence of so-called microfactories.

Greater automation is allowing manufacturers to concentrate more productive capacity into a smaller footprint. A smaller facility uses less energy, but its location closer to the market brings added benefits. As well as savings in outbound logistics, this shift reduces the environmental impact of transporting the final product to market.

Many countries in the APAC region have led the way, both in the design and manufacture, and in the uptake of advanced robotics. While this has led to cost savings and improved productivity, it will also be vital in meeting the goal of a more sustainable manufacturing sector. Whether through greater energy efficiency or reduced waste, robots can play a key part in making manufacturing more sustainable.

EU Automation is a global supplier of automation equipment with customers in 163 countries. To find out more, visit euautomation.com

From the robot’s bag of tricks