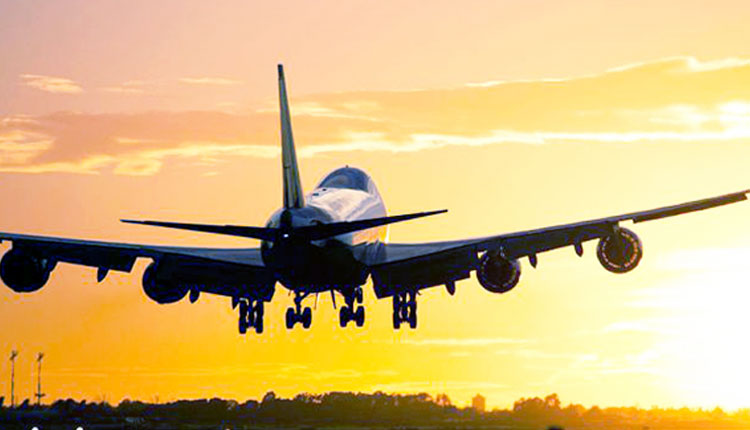 A global economic slowdown is affecting almost all the sectors including the aviation industry. However, the saving grace is tourism which is still growing albeit slowly and is expected to drive growth in aerospace industry…
Article by Arijit Nag

Since 2018 the aviation or aerospace industry has taken a turn for the worse. The first jolt to the industry came on October 29, 2018 when a Boeing 737 Max 8 belonging to Indonesian domestic airlines Lion Air crashed. A second 737 Max 8 of the Ethiopian Airlines crashed within five months on March 11, 2019 leading to a huge crisis in the aviation industry.

The planes were grounded a few days later following the Ethiopian crash and till date have not been allowed to fly again. So far there have been multiple delays in putting the planes in the air. This has resulted in hundreds of flights being cancelled across the world. The problems have been compounded as uncertainty regarding the Max 8’s return to air continues. However, a tentative time frame is being touted by Boeing that the Max 8’s are going to be pressed into service from March next year but how far that will come true can only be known in January 2020.

Starting from Norwegian Airlines to Ryanair, every airline company had to juggle with their figures. While Norwegian Airlines has said that its operating expenses have been severely impacted by the grounding of the Max 8 fleet, Ryanair has cut down its growth figures from seven per cent to three per cent. Meanwhile, in the USA, Southwest Airlines reported that delays in the return of the Max 8’s to flying have cost the company $435 million.

Something similar happened in India when arguably the most professionally operated airline company in India, Jet Airways, filed for bankruptcy earlier this year. The entire schedule of flights went for a toss, flight routes went haywire and flight tickets shot through the roof. Jet Airways’ slots, which are integral to operating an airline, were allocated to SpiceJet quite promptly. The revival efforts and procedures of Jet Airways were clearly sabotaged by the government itself.

Although other Indian airline companies came forward to fill up the gap left behind by Jet Airways things continued to remain topsy-turvy. Routes got truncated, schedules were re-arranged and ticket prices shot through the roof as number of seats shrank.

Meanwhile, as the global aviation scenario continues to go through turmoil, International Airlines Group, the owner of British Airways, have decided to buy Spain’s Air Europa for $1.2 billion. This development comes at a time when the aviation industry worldwide is facing high-profile failures, fierce competition, economic woes and high fuel prices.

Through this acquisition, IAG will be adding another cost-effective airline to its bouquet of aviation companies. This will also help IAG to better cover the Latin American and the Caribbean sectors. Just a few days ago the air transport associations and the hotel associations of the sector had converged in Rio De Janeiro to deliberate upon ways to augment connectivity.

Meanwhile, at the recently held Amadeus Airport IT conference experts and stakeholders deliberated upon technological trends that will dominate in the near future in the aviation space. Speaking at the conference, Frost & Sullivan’s aerospace director Diogenis Papiomytis stressed that automation, machine learning and artificial intelligence will become the key drivers for airports in the future.

Data is the new oil! Underscoring some of the megatrends that have already been implemented in various airports across the world, Papiomytis said 5G has changed the way data is communicated. “Better connectivity is not only improving productivity but it is upgrading operations in more ways than we can imagine,” he added.

Over the past couple of years, as the speed of data communication has escalated, he said big data and prediction analysis will be integral to making airport operations smoother.

The amount of data being created by passengers and airport companies today is growing at a “terrifying” rate, according to Papiomytis. “Data will transform our lives in ways that we cannot even imagine because [data generation] has grown from one gigabyte to one terabyte per second,” he added.

Papiomytis further stated that more than two-and-a-half million terabytes of data are being produced every day, and that data is “being communicated real-time from human-human, human-machine and machine-machine”. And processing this humongous amount of data will be the driving force of the aviation industry.

It may sound clichéd but the fact remains that the aviation sector will be facing enormous challenges in the days to come. The number of air travellers all over the world is growing exponentially. It is expected that air traffic will double by the next 50 years.

Contrary to common perception millennials are largely a digitally native demographic and expect much more when travelling. In order to meet these demands, the aviation industry must alter their business models through the integration of services by collaborating with other companies in different industries.

In another development, in a bid to improve the travel experience of passengers, airlines and airports spent a record $50 billion in 2018 on IT. As a result, passengers are beginning to enjoy the benefit of that investment. Data published by SITA show that this investment has resulted in a significant improvement in both the satisfaction levels for passengers and average processing time.

The current SITA report shows that the aviation industry has continued to increase its IT spend, reaching $50bn in 2018. This was driven in part by a sharp increase in airline IT spend after several years of almost flat growth. Total IT spend for airlines as a percentage of revenue rose to 4.84 per cent while airport IT spend grew to 6.06 per cent of revenue in 2018. Projections for 2019 show investments will continue to grow.

The global economic slowdown may affect the aviation industry but it may not be for a very long period as so far the tourism industry has continued to grow. This growth of the tourism sector is expected to neutralise a majority of the negative impact on the aerospace industry.

Article by…
Arijit Nag is a freelance journalist who writes on various aspects of the economy and current affairs.